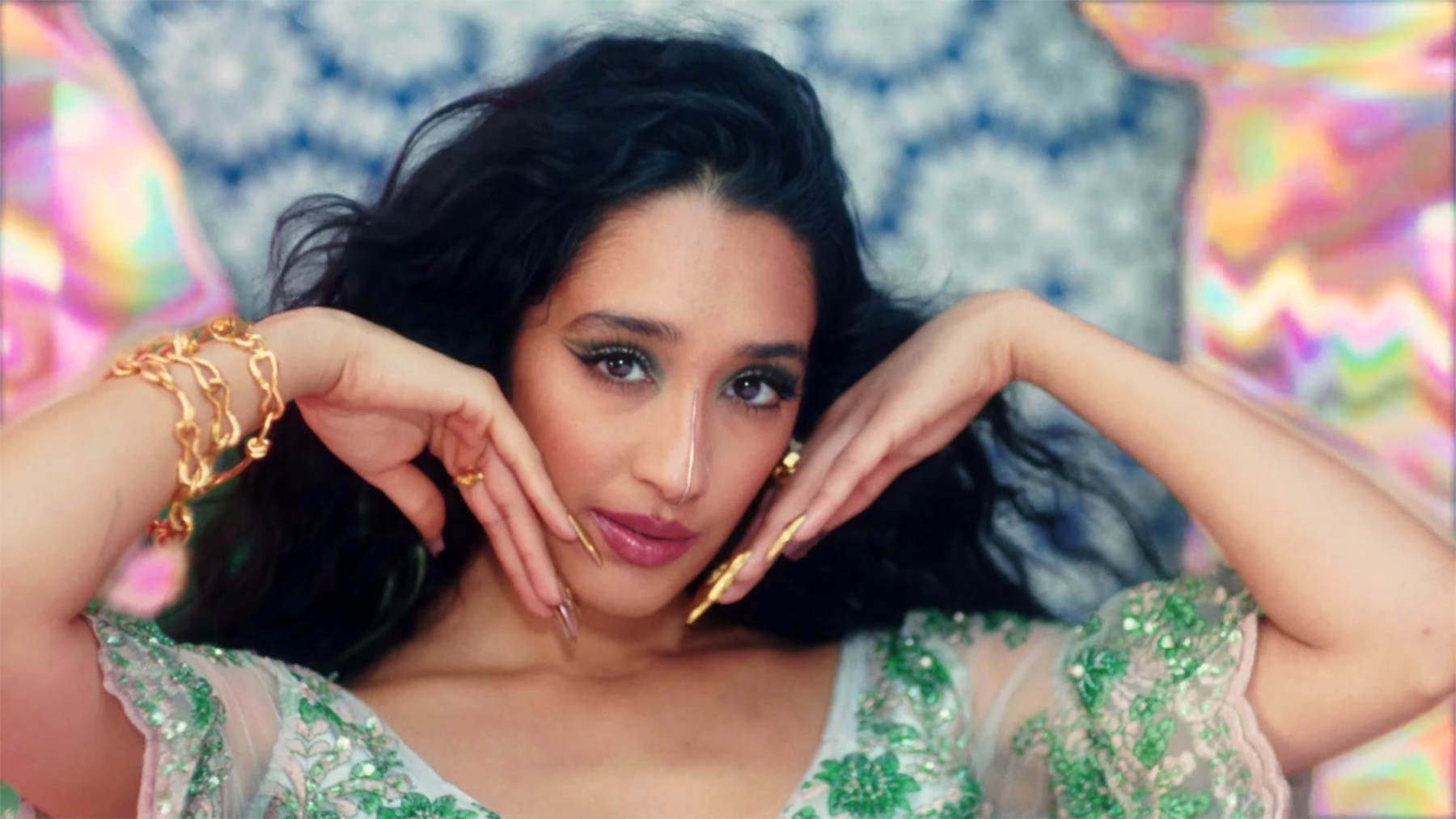 Whereas Raveena is thought for gauzy R&B drawn out together with her air-light voice, her new observe “Rush” is an upbeat, dance-driven feast of colours that mashes a number of worlds collectively: The Technicolor ode to Bollywood, which tells the story of a Punjabi princess touring by way of house, was impressed by Indian percussion and an acid journey Raveena took whereas testing an Jap sound set up on the Rubin Museum.

The music was written a number of years in the past and captures what Raveena calls an exploration of “a extra intense marriage between Bollywood sounds and the pop/R&B music” she grew up on. Within the video, which she co-directed with the director and photographer Munachi Osegbu, Raveena performs a personality she got here up with referred to as Asha, a Punjabi house princess who makes buddies with the extremely smart beings from a distant planet. They seem within the video as shimmery puddle-like figures who again Raveena up as she pulls off playful choreography. On the finish of their dance sequences, the music gently transitions into a fragile ballad, buoyed by the singer’s layered vocals.